When France refused to let Picasso be French 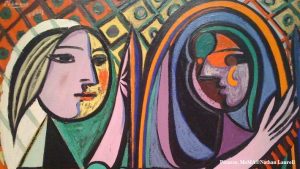 Anarchist, rebel and communist… Pablo Picasso was a bit of all that, but he was above all one of the greatest artists of the twentieth century. In 1940, France had already recognized his talent: the country knew everything about his blue and pink period and his liking for cubism. France had already celebrated his painting “Guernica” and his portraits of women. But despite this “interesting contribution to the community” as the police report wrote, France refused to give the painter what he asked for in 1940: the French citizenship. At a time in which Nazi occupation was beginning in France, Picasso had indeed become a “suspect from the national point of view”. Injured by this refusal, Picasso never renewed his request and died as a Spanish man living in France.
His sincere bond with France made him remain an adopted son and eternal child prodigy.

A little analysis of the Demoiselles d’Avignon, one of Picasso’s most famous works