Why can everyone criticize the President? 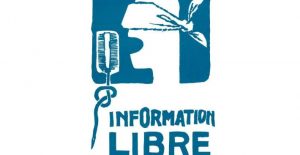 In the country of freedom, the public service is a national treasure that everyone tries to defend. That’s why, when Valérie’s foreign friends doubt the independance of French public broadcasters, she always reacts straight away: “I’m proud to live in a country where State-owned radio and TV broadcaster can be critical – even very critical – about anyone, inclunding the State. This is a true priviledge!”

It has been a long time indeed that the public service of the French broadcasters stopped being under the authority of the Minister of Information. Nowadays, no head of State can say the same as the Général de Gaulle in 1962: “The press is against me, TV broadcasters are mine”!

It is a fact, political power will always try to influence public broadcasters, recognizes Valérie. But she also knows that, unlike many countries in the world, all French and European radio and TV broadcasters can inform the citizens about the drop of the President in the polls or about a Minister’s fiscal fraud, without risking censorship. And how could it be different when the private, public and online broadcasters are sharing, or rather fight over information?

In the country of freedom, the power to choose is above everything.

Freedom of expression is an essential right of the French Republic. But is it a right without limits? You will know everything with this “Kiffe la République”!