Why not a Pacs? 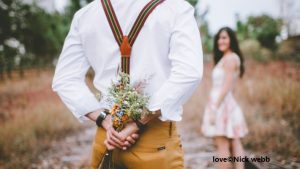 In France, if you love someone, you can formally commit to this person without getting married. When Pierre and Cécile realized that they were made for each other, that their relationship would last for a longtime and that they would have children together, Pierre discussed marriage with Cécile. But she said no! To her, marriage meant too much pressure and not enough advantages. She had never been dreaming of white dresses and church ceremonies. But Cécile said “yes” to her lover, to formalize their relationship to their families and to the society, but also to organize a material solidarity between Pierre and her. She was also willing to get the same fiscal and social advantages than married couples without having to tie the knot. For all these reasons, Cécile said “yes” enthusiastically to Pierre when he offered her to sign a Pacte civil de solidarité. After signing the Pacs at the city hall, it was time for champagne, music and dance. “This shows” said Cécile “that you can paint the town red without getting married!” and then, when she received plane tickets to the Mauritius Island as a Pacs gift, she added: “you can also go to honey moon without getting hitched!”.